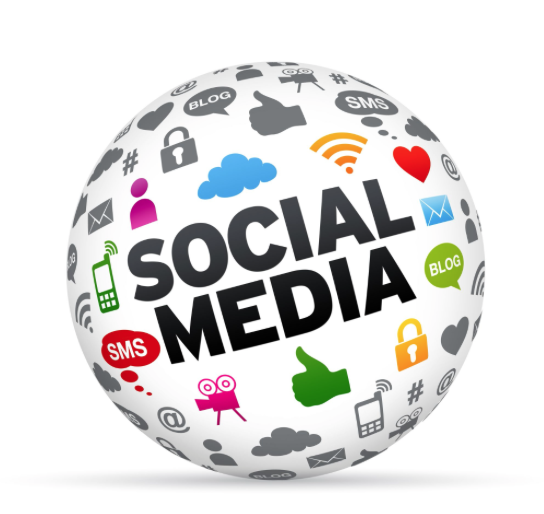 For some people, social media presents nothing more than a place full of cute cat videos, #goals pictures and cool dances. However, the reality is that social media is so much more.

From their initial design, the majority of these platforms evolved to become the best places to raise awareness about your business as they are some of the most powerful marketing tools.

Nowadays, social media offers a great opportunity to boost your business. With its help, any business can easily engage with its audience, present its offer in creative and interesting ways, and bring more attention to its brand.

That being said, it's important to note that not every business present on social media will instantly gain success. Instead, they will need to carefully devise a social media strategy that will help them inspire and engage their followers. Best Facebook Marketing Agencies worldwide can improve rankings within your platform and grow your audience.

Simply put, a social media strategy or campaign is an organized effort to bring more engagement to your business, raise awareness about your brand and help you connect with your audience. Naturally, all of this is done through various social media channels.

It's also worth mentioning that, in order to be the most successful with your efforts, you will first need to determine where your target audience is. Meaning you will need to see which social media platforms they frequent most and focus the majority of your efforts precisely on those platforms.

A great way to determine this is to consult a reputable digital branding agency that can not only help you with your branding efforts but find your target audience as well.

Once you do that, the rest will be relatively easy. Simply look for inspiration that will aid you in creating your very own engaging social media campaign and inspire your audience to take it from there.

At the peak of the lockdown, many businesses found themselves struggling harder than ever before.

A great example of such a businesses is the Getty Museum in Los Angeles. Naturally, due to the lockdown, the Getty Museum really had nothing to report on their socials, as events and visits were all either canceled or prohibited.

So, what they did instead is they asked their audience to participate in a fun challenge on social media. The challenge was quite simple: all their followers had to do was find their favorite artwork and try to recreate it with everything and anything they had in their homes.

Not only did this challenge keep their socials active during these difficult times, but it also provided a great source of fun to their followers. As the submissions started pouring in, the Getty Museum shared all of them next to the original artwork.

There were no prizes or time limits put in place, as the main point of this social media strategy was to simply engage the audience and provide them with a source of entertainment the only way that was allowed.

Save the Music Foundation is an American non-profit organization that offers music education to school kids in need. The main point of their campaign, aside from raising awareness about the organization itself, was to raise awareness of all the positive effects music can have on people.

Teaming up with TikTok, Save the Music Foundation created a #musicsaves hashtag that was instantly added to the Featured Hashtags list. This encouraged the audience to share their own stories related to music, as well as their own artwork.

TikTok also added a "donate" sticker that activated as soon as someone used the hashtag #musicsaves, which helped the organization with fundraising.

The reason this campaign managed to generate well over 229 million views is the fact that people simply love storytelling. What's more, they both enjoy sharing their own stories, as well as reading about other people's experiences. And since the organization itself is non-profit and focused on helping those in need, the campaign was an instant success.

Initially, one may think that a brand such as Oreo really doesn't need any more exposure. However, they also came up with quite an interesting social media strategy.

What Oreo did was take their fan's recent tweets and analyzed them, but through a horoscope – or rather "Oreoscope" – lens. So, they gave some insight into their fans' personalities and tried to match them to their own products.

This strategy mostly worked because people a) love personalized content and b) enjoy horoscopes.

Of course, this wasn't really everyone's cup of tea, but the majority of fans that received their Oreoscope were more than happy to share it on their own social media pages.

What's more, even the fans that posted their results with the intent to "call out" Oreo for everything they got wrong in their "Oreoscope" still provided the brand with quite useful pieces of information.

Another great example of a lockdown-inspired marketing strategy is Zalando's #styledayfriday. Ever since the pandemic hit and many people were moved to working from home, loungewear sales simply skyrocketed.

Zalando, a European fashion brand, tried to battle the plummeting sales of "buttons" and "belts" wardrobe by creating an interesting challenge.

This brand came up with various themes and challenges on a weekly basis and offered their #styledayfriday participants a promotion to the so-called "Zquad." Additionally, the outfits were featured on all of the Zalando social channels, which significantly boosted their engagement.

What Zalando achieved with this campaign, however, goes way beyond greater exposure and

quadrupling the brand's follower growth (this weekly content managed to reach beyond 182 million users). They also offered their audience an excuse to stop thinking about the pandemic and focus on fashion instead, at least for a day.

To all the pet parents out there, the health of their fur baby is a top priority.

Knowing this, Pedigree Australia used the opportunity to launch a social media campaign called Dog Selfie during the National Pet Dental Health Month. The main goal of this fun campaign was to raise awareness of just how important pet dental health really is.

The campaign's main focus was to improve the pets' dental and overall health naturally by using various Pedigree products.

Needless to say, millions of dog parents around the world happily joined the campaign and shared the selfies of their cute dogs with the rest of the world.

The Dog Selfie App, created for this campaign, even contained a useful feature that came in the form of a clicking sound that was meant to attract the dog's attention.

And any dog owner out there knows well just how difficult it can be to snap the perfect selfie of their fur baby, so this feature was more than welcome.

Naturally, the campaign's main goal was not only to raise awareness regarding breast cancer but also to educate people about its various forms, signs, and symptoms.

In their campaign, Worldwide Breast Cancer used lemons to demonstrate and explain various tell-tale signs and symptoms of breast cancer. This way, they cleverly dodged the nipple-based censoring rules, yet they still managed to educate women around the world about 12 different signs of breast cancer development.

The campaign managed to generate a reach of 7.3 million people with just three simple Facebook posts that were verging the border between serious and playful.

Aside from raising awareness, the campaign also provided all the people with a platform to share their own stories and experiences and have their voices heard.

And no, this is not a joke. Starbucks UK launched a #WhatsYourName campaign that – naturally – gained a lot of traction on social media.

Even though seemingly playful, the main goal of this campaign was to raise awareness about common issues gender-diverse youth and transgender people are faced with on a daily basis.

Teaming up with Mermaids, an organization dealing with the same issues, Starbucks also used this opportunity to raise funds for this extremely important organization. They even created a mermaid tail cookie they sold in their stores.

This way, Starbucks managed to use the thing they're well-known for – which is getting their customers' names wrong – to attract attention and raise awareness about an extremely important issue many people have to deal with.

Hopefully, this article managed to shed light on why certain campaigns were as successful as they were and get you inspired to create your own.

The most important thing to remember is to really research your audience and learn more about their interests and needs before you get down to developing a social media strategy.

That way, you'll be able to engage with your audience more easily, create content they will really be interested in and, thus, truly boost your marketing efforts.