If You Don't Succeed, It Doesn't Mean You've Failed

"We are not going to succeed in everything we attempt in life. That's a guarantee. In fact, the more we do in life, the more chance there is not to succeed in some things. But what a rich life we are having! Win or lose, we just keep winning."
-Susan Jeffers 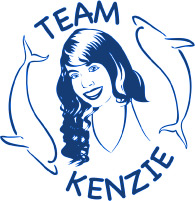 I enjoy being successful, as I'm sure many others do too, but there are various motivators that may fuel that desire. For some, it may be a competitiveness that burns inside, whereas others may just be lazy and life seems a whole lot easier when your efforts are a success the first time around. Maybe it's ego, self-esteem or stubbornness that drives you to succeed. No matter what it is, it's not only important to have specific goals, but to also find value in what you learn and can achieve along the way. Not succeeding in one specific goal doesn't mean that it was a failure.

There are many areas of success to measure when running a business. There's employees, projects, revenue, profit, growth and hundreds of other things in between. With every potential area of success, there's also the potential to not succeed, so it would seem. However, I like to look at it another way. Is success only measured by achieving one particular goal? For many, yes, but for me it is measured by whether or not you are better off in the end. Many times not achieving a particular goal has many lessons that can be learned along the way, which would help you avoid the same mistakes in the future. The experience you gain can be seen as a success, as long as you apply what you've learned to your future efforts.

Reading the quote above helped me decide to take action in my personal life. I was tempted with an opportunity to head up a charitable cause for the upcoming Candlelighters Childhood Cancer Foundation of Nevada's 22nd Annual 5K & 1 Mile Race on September 8th. My wife's cousin had learned a couple of years ago she had brain cancer at the age of 15. After learning of her cancer, her family organized Team Kenzie to participate in that year's annual fundraiser and earned recognition for being the largest family team with 238 participants! Unfortunately, MaKenzie Hanover would not be able to participate in the next year's effort as she lost her battle with cancer the following year. Team Kenzie remained strong and again earned the largest family team recognition at the annual event. After her parents moved away from Las Vegas, there was no longer an organizer for Team Kenzie. I felt that it would be a great honor to MaKenzie to carry on the tradition of Team Kenzie and continue to help raise money for this great charity. Knowing I had big shoes to fill from the previous two years, I was afraid of failing. I realize now that as long as I keep trying, I am succeeding.

If you're interested in helping support this great cause, please visit TeamKenzie.com and donate or join the team!