What's in Your Heart?

What's in Your Heart? 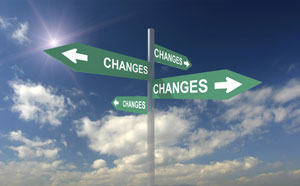 "The most powerful agent of change is a change of heart."
- Gil Atkinson

If you're someone who has been following my blog, you would know that I often talk about change. I've talked about how change is inevitable (Seasons Are Changing, What's In Store For You?), how it can be good and bad (What Remains for Your Future?), and how you should try and fuel the change, rather than just sit back and let it happen (Decide on Growth, Before Change Sneaks Up On You).The best way to embrace change is by having a change of heart.

The business world has seen many changes over the past few years. There's been extreme downs and a few ups here and there that have kept some businesses holding on for dear life. In many cases, the only way to survive is to have a change of heart and just deal with the situations that are presented to you. I've said in the past that it's important to make decisions and stick to them, but when the game changes you have to be willing to change as well.

I have someone close to me that's had a change of heart, and it's lead to a complete change in life. This person is actually someone who didn't like change at all, but when he realized that he wasn't headed in the direction he wanted to go in life, he realized that change was going to be the only way to regroup and start on a new path. As soon as he had a change of heart and was willing to accept that he needed a change, the world has unfolded before him. There is clarity in things that he didn't even know needed clarity, and opportunities in life are presenting themselves for growth and happiness.

Trying to decide whether to be resolute and stay the course or to have a change of heart and ride the wave of change is the real challenge. There's no one right answer for everyone, so it's important to continuously reflect on where you're headed and decide if that's where you ultimately want to go. If it's not, it's time to have a change of heart.