Branding on the Edges - The Incredible Power of a Strong Brand 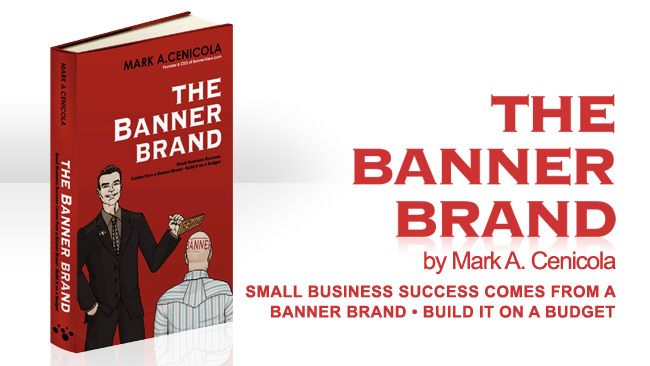 The other day, I was driving to work in The BV Ride and a person pulled up to me at a light to get my attention.  When we drive around town in our BV Rides, we get looks; sometimes odd, sometimes curious, sometimes people taking pictures or ultimately people getting our attention to ask about our services.

This time, however, the person was simply asking me if I knew where the closet grocery store was because they were unfamiliar with the area.  Admittedly, I was slightly disappointed they weren't looking to inquire about our services, but nonetheless, happy to help.

Within about a three mile distance, there were three grocery stores, the closest being Smith's which was about a mile away, Albertsons being about two miles away and Walmart being the furthest at about three miles away.

I drive by all three on a regular basis.  Smith's, being the closet grocery store would seem like the best choice to provide as an answer to someone who is new to the area and probably looking to find the closest grocery store.  Albertsons would have been a logical choice, even though it's a little farther away, I frequently visit because located inside is the primary branch at which our company banks.  The least logical choice would be to recommend Walmart because it was the furthest away and located in the largest shopping center in the area which makes it a little more difficult to get in and out of quickly.

Quick, what place do you think I recommended?  Remember, I was at a stoplight with very little time to think and talk.  I had to act quickly to respond in time.

If you guessed Walmart you'd be correct.  Even though there were two other places much closer, easier to get in and out of, and one that I happen to go to everyday, my mind was completely blank and the only grocery store brand that came to mind was Walmart.  It wasn't until I saw the person move over two lanes and begin pulling into the Smith's shopping center that I realized how stupid I was that I didn't think of it when it was just down the street.

As I kept driving and passed Albertsons, I thought, "Wow, what a powerful brand Walmart has that I couldn't even think of another grocery store that were just moments away."

Do you want to be the brand people have to think about or the one that comes to mind instinctively?

That's when I realized the incredible power a strong brand can have on purchasing decisions and referrals.  Walmart is one of those brands with which people have a love/hate relationship.  They love the huge selection and low prices, but hate the customer service, shopping experience and what they hear in the media about the low wages they pay their employees.  Based upon the figures below, you'll see that people are willing to trade a lot of the bad about Walmart's brand, for the good - low prices.

The company's focus on its core belief of low prices continues to attract the majority of shoppers looking for the best deal.  Their model is high volume and low prices, a drastic difference between a company like Whole Foods who believes in high quality food items, organic produce and targets a high end shopper willing to pay more.  Whole Foods won't become as large as Walmart and Walmart isn't likely to match the quality of Whole Foods and attract that high end shopper.  By both staying true to their brands, they will continue to have success.

If I had been asked a slightly different question, such as "Do you know where the highest quality grocery store is?" or "Can you tell me where the most customer friendly grocery store is?" I may have given a different answer.  The terms "grocery store" and "closest" are very generic so what popped into my head was Walmart, a brand that would deliver exceptionally generic results.  The terms "quality" and "customer friendly" would not have had me thinking Walmart.

The brands that don't differentiate themselves between their competition get stuck playing the middle ground.  There's safety and mild success to be had in the middle, but it's the outliers like Walmart on the low end and Whole Foods on the high end that seem to garner the most attention and build the greatest brands.

When building your brand, you must ask yourself the question, do you want to be the brand in the middle or the brand on the edges?