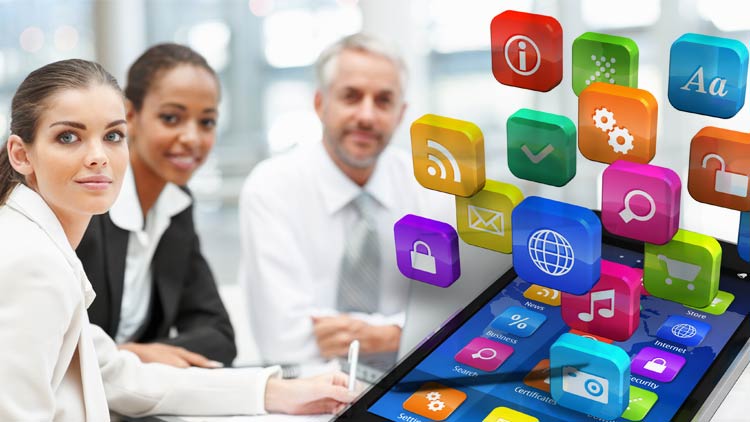 Remember desktop applications? While still used, mobile app usage surpassed desktop app usage more than a year ago. It’s one reason there has been an explosion in companies offering mobile app development, similar to the growth of companies developing websites when Internet usage expanded in the late 1990’s and early 2000’s.

When the PC was king, few companies went out of their way to create their own specialized applications. Websites were the best way to reach a new audience because they didn’t require as significant of resources as developing desktop applications, plus they were more accessible across various platforms.

Mobile has become all the rage and even small businesses are increasingly looking to create their own mobile apps. One of the biggest challenges is making sure people continue to want to use the app after it has been downloaded. According to Flurry, a Yahoo! owned company that provides data on mobile analytics, half of apps lose half their peak users within three months.

What this means is that people won’t necessarily continue to use your app after they’ve downloaded it. There are several challenges to making sure that by developing a mobile app, a company doesn’t inadvertently hurt their reputation. After all, if a customer abandons your mobile app, it could mean they would as easily abandon their business relationship with you.

In a race to get into the app trend many companies are creating mobile applications that are simply duplicates of their websites. No new features are provided and in some cases, features are actually removed in the process or made harder to find.

To avoid creating a bad mobile website or app experience for customers, don’t remove features available on the full desktop accessible website or make them harder to find.

Mobile websites and apps should be able to handle everything the desktop version can.

Recent experiences using my banking app highlighted the pitfall of reduced functionality versus the desktop accessible website. I’ve attempted transactions at places that triggered fraud alerts. I’ve been able to confirm the legitimacy of transactions from the website on my desktop computer. This is much more convenient then waiting on hold for customer service.

The next time I was away from my computer my assumption that confirming transactions would be just as easy via the mobile app was incredibly wrong or I’m not smart enough to find this feature. When performing a transaction using my debit card many times it means I’m not at my desk. This left me asking, “Why did they remove or make hard to find a way to verify legitimate transactions on a mobile device?

Making my experience more frustrating was that I wasn’t able to confirm the transaction on the mobile website either. In fact, the mobile website and app interfaces were exactly the same! I was left waiting on hold for a customer representative for more than thirty minutes to before I could finally get the alert removed and complete my transaction.

I’ve visited other websites on my mobile device where I could switch between the mobile and desktop versions. In my situation, I could find no such way to bring up the full desktop website from my mobile device even though my device is fully capable of handling the desktop formatted website. If their website design was responsive, this wouldn’t have been an issue.

My experience exposes the fact, at a minimum, the same functionality needs to be offered via the mobile experience as on the desktop or at least allow visitors to easily access the full desktop formatted website even if they are on a mobile device.

It’s fine to present the best default experience to customers based upon the device they use, but don’t make it impossible for them to have full control. When customers are given control over the experience they receive, loyalty is likely to follow.