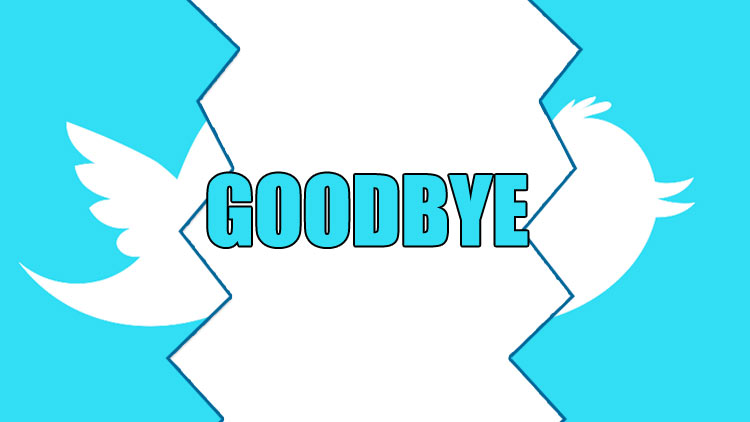 After more than five years using the service, it was time for me to drop the only social network I regularly used. I never had a Facebook account and don’t use LinkedIN.

Unlike the majority of Twitter users, I probably wasn’t the typical user. I read the majority of the tweets from my followers. I used it as a way to get news from various sources. Most of the people I followed shared news and articles relevant to my interests. I also followed people that had opposing views and came from various backgrounds. I may lose some of that diversity by no longer using the service.

By quitting Twitter, I left behind thousands of tweets and nearly 29,000 followers. A significant amount, however, were bogus accounts. That’s something that continues to plague the service as the race to increase follower counts continues. You could say I had made an investment of time and resources into using Twitter, more so, than the average user.

Why leave all that behind? The most honest answer is because I felt like it. The other reasons relate to the fact that it became more of a habit and other than being a source of news and current trends, it hasn’t provided any real benefit. I’m not sure my life would have been any different should I have never used the service and not sure things will change much by quitting.

The biggest benefit may be increased time and a lack of feeling of obligation to constantly keep up with new tweets. The habit of checking it throughout the day may leave a void since it’s one less thing to do.

The Twitter applications, from the Website (which I rarely used to access the service) to the applications I had on my desktop, smartphone and tablet, didn’t help someone like me stay informed. There was no way to synchronize the various applications to know which tweet I last read. The most annoying feature was that when I was away from the service for many hours or a day, when I’d go back to see what people tweeted, the application would automatically refresh to the most recent tweets. I’d keep losing my place making it difficult to read past tweets. I guess that’s not how you’re supposed to use the service anyway.

I did get to interact with people I would not have otherwise. I kept in touch with people via direct message that I also wouldn’t have. Therefore, dropping the service may come with a small loss in that area.

From a financial perspective, I did get a 5 figure deal from someone met through Twitter a few years ago. That was the only time. Other regular or sponsored tweets never generated any business. Maybe others are doing a better job of getting leads through the service, though it does seem quite difficult to get through the noise. Unlike me, most people aren’t going to read your tweets unless you include their handle in the message.

Are you finding value in using Twitter or other social media services? Is it generating business? Or, are you as frustrated as me and want to simplify your life? If it’s the latter, stop waisting your time and drop it.