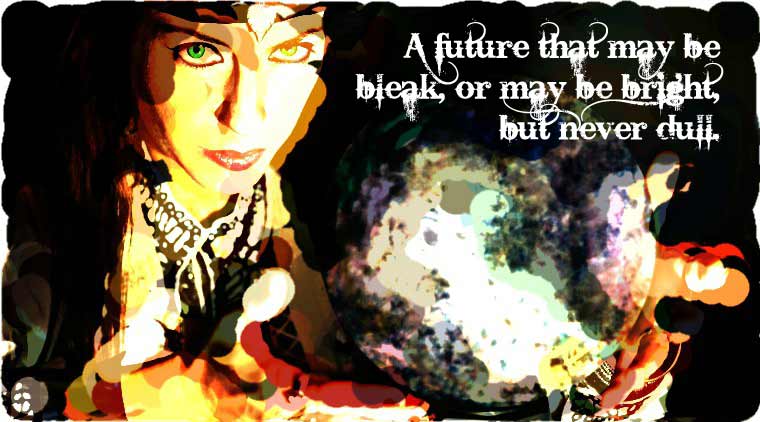 It may seem early, but it’s that time of year again. That time where we pull out the old crystal ball and look into the future. A future that may be bleak, or may be bright, but never dull.

The following five predictions actually have a unique relationship with each other. Rather than exist as five separate non-interacting entities, they indirectly (or sometimes, directly) affect the other.

The reason for this may stem from the fact that technology has matured in its relationship with the user. The user, in turn, has become much more educated on tech and industry trends. Therefore, expectations are much higher. This widens the choices available, thus making the competition even fiercer.

More Fragmentation
The pace of innovation creates an unwavering pull on a user’s attention span. What else would explain a 3-5 second timespan in which to capture a potential lead from your website? We have in hand a mobile device capable of computing at a level that used to require rooms full of technology. Unfortunately, the limited space means the occupiers must compete for attention.

New tech gets introduced by the innovators. Unfortunately, it also produces copycats. With many competing options, the audience gets divided into smaller and smaller segments. 83% of marketers surveyed believe fragmentation will be disruptive to their company.

With so many divides, what’s a marketer to do?

More Customization
As the fragmentation further divides, user interface designers will need to make their experience stand out. To do that, developers have turned to customization. As long as it’s not an overwhelming number of options and easy to do, users prefer customizing their experience.

From layouts to logins to everything in-between, a custom approach allows users to build sort of a virtual ‘home away from home.’ This leads to stronger engagement from customers, eventually leading to repeat visits and an increase in business.

More Personalization
As customers embrace your custom offerings, business becomes less sterile and more personal. Personalization allows a company to strengthen its bond with customers. Who wouldn’t want the personal touch? Personalized communication, products and services are the stepping stones to what all businesses should eventually have in place; a membership program.

Personal membership based rewards and offers give your marketing that element of exclusivity. No one wants to feel like they’re missing out. And speaking of missing out…

Less Intrusive Advertising
… I don’t think anyone would miss the glut of ads currently infecting the Web. The year of the Ad Blocker has arrived. Yes, we’ve had them on desktop for a while. Now that iOS 9 allows extensions, watch as CTRs drop considerably. I think the day of using advertising as a business model has come to an end. We, the general public, just don’t want it.

In addition, the presentation of ads has seriously overwhelmed any content that may be on the page. Content marketing should complement paid advertising, not compete with it. I won’t get into specifics but, the current success techniques include a well thought out and engaging story. Start there and build around that centerpiece.

Better Relationship Building Methods
With a story in hand, let’s look forward. With some of the changes here and yet to come, advertisers are going to be forced to take a step back. It’s no longer productive to put together campaigns and expect them to automatically produce. Marketing automation is great, but should be used to build a strong foundation upon which even stronger relationships can be built.

Relationship marketing is a phrase that has recently been thrown into the ring. Buzz term or not, that’s the ultimate goal of marketing; building a long-lasting relationship with your customers.

With all this in mind, seek out tools and methods that will aid you in building stronger relationships for the new year.