Myspace Rises from the Grave... Again 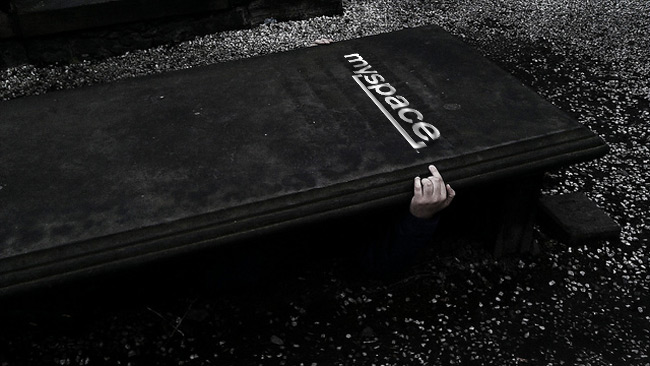 With Halloween approaching, I think resurrecting the dead seems like an appropriate topic to discuss.

If you're a fan of the horror genre, you maybe familiar with the British film production company, Hammer Films. During their heyday, they produced a number of movies featuring Christopher Lee as Dracula. As there were seven sequels to the original, the producers had to figure out ingenious ways of resurrecting the Count for the next movie. We're nowhere near that many iterations with Myspace, but it's getting there.

I give props to Justin Timberlake trying to revive the once mighty social network. It's an ambitious undertaking. With what's currently happening to Facebook, conventional thinking would have one shy away from the project. Yet, Myspace seems to be the proverbial cat with nine lives. What is the interest in bringing life back to Myspace?

If you think of the Internet in traditional terms, Myspace still represents a valuable piece of real estate. It retains a wealth of previously produced content and has a very high page rank. Also, even though location really doesn't come into play, being a long established domain gives credibility within the search results. The downside currently, is that many have left the community for Facebook, leading to the dilemma faced by all of these social networks; a loss of interest.

The competition for eyeballs on the Internet is fast becoming a Roman Gladiator match, with Google, Facebook and Apple brandishing their virtual swords at every turn. Why not add Myspace to the mix and complete the quartet. If it can generate interest and regain the popularity it once had, Myspace may have a chance. Unfortunately, we live in an ADD afflicted society, an ever-growing hurdle that marketers face in trying to get advertisements in front of their targeted demographic.

Marketers love the benefit of an established network having a built-in audience. The ability to narrow your focus and target audiences based on specific demographics is a major selling point in convincing businesses to advertise online. Yes, advertising is still the primary way social networks bring in revenue (look for the trend to continue). Investors are an impatient bunch and do not have much faith in a "Freemium" business model. Myspace will have to prove in a short amount of time that they can "bring sexy back" (sorry, Justin).

What's the prognosis for Myspace? From the promotional video, it looks like Google Plus bought Pinterest dinner, went back to GP's penthouse suite for a nightcap and bada bing bada boom, nine months later we have the new NEW Myspace.

On the outside, the new layout looks impressive. I can't speak for functionality, but visually, it's way more pleasing than the mess that grew to be the old Myspace. Unfortunately, looks fade. Nowadays, content drives much of the success of a website. Curiosity will bring in the passersby. Question is, "Will they take up residence?"