The Remarkable Truth About Google's Mobilegeddon 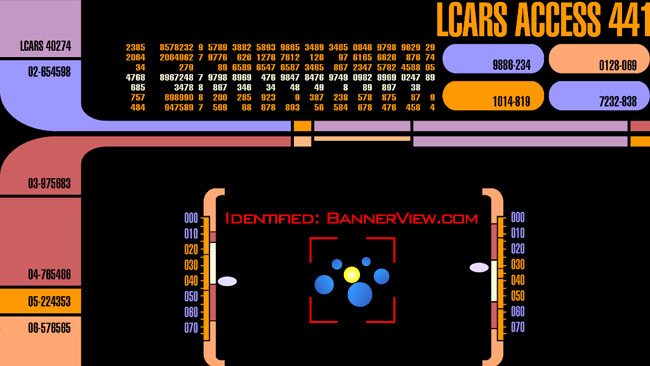 The answer may surprise you, but Google brought about Mobilegeddon because of Star Trek.

"The destiny of search is to become that 'Star Trek' computer and that's what we are building.”
- Amit Singhal, Head of Search at Google

I’m a Trekkie and wear that designation as a badge of honor (Deep Space Nine still remains my favorite of all the versions of Star Trek). In the past, we’d hide our rabid fanboy affections lest we be made the subject of ridicule. Fast forward to today, with former fanboys now top scientists, astronauts and tech evangelists, you can see where this ‘Wagon Train to the Stars’ has greatly influenced our world.

There’s no denying the effect Star Trek has had on technology. From the Original Series communicator and tricorder to the Next Generation’s VISOR and Holodeck, what was once science fiction is now reality. The amazing thing is that Star Trek has been in existence for nearly 50 years. It took roughly 40 of those years to replicate (no pun intended) the flip style communicator. Within the past 10 years, we’ve seen developments in smaller, wearable technology, self-driving cars and A.I. growth that seems just shy of having a Lt. Commander Data at your disposal. What we’ve seen is an exponential growth in what was once considered the future.

With that future arriving much more quickly than possibly anticipated, Google had to prepare. Because we all can take our computing power with us, Google services needed to be accessible virtually everywhere. Taking a cue from Apple, Google ‘borrowed’ elements of the iPhone and introduced us all to Android.

Now with mobile coming in so many shapes, sizes and flavors, web development had to become more flexible. Hence, the introduction of responsive web design. Responsive web design is a design approach used by companies like BannerView.com that focuses on developing sites that provide an optimal viewing experience no matter the computing device that the viewer may be using. Using a combination of fluid grid layouts, flexible image placements and CSS3, responsive designed websites are usually designed with mobile devices in mind. As more companies adopt this concept for their website, the mobile experience will only get better.

"Within the past 10 years, we’ve seen developments in smaller, wearable technology, self-driving cars and A.I. growth that seems just shy of having a Lt. Commander Data at your disposal."

Google likes and recommends responsive design. This concept along with a semantic layer, (which aims at categorizing the unstructured nature of the Internet and help computers ‘read’ the web), and we’re closer than ever before to the Star Trek computer.

Unfortunately, Google’s dream of giving us this technological breakthrough is not without its problems. Though some statistics put the adoption rate for responsive design at 82% in 2015, other experts have it at 11.8%. If the latter is true, the Next Generation has a better chance of seeing it ready for primetime. Why the possible slow rate? One reason is that website owners had already invested in a separate mobile site. As this is still a viable option, many see no need to switch.

Secondly, mobile ad revenue is down. Yes, Google’s bread and butter is taking a hit from Facebook, down about 4% in 2013. As users find their favorite apps serving their mobile needs, the use of the mobile web has diminished slightly. Although statistics show consumers using roughly no more than 20 apps per month, time spent on mobile devices leans 86% towards apps, with 4% browser. If the trend continues, Google may find itself consulting its own Star Trek computer for answers.

Lastly, Google has to contend with the human factor. In some areas, our queries are just beyond search’s comprehension. Google’s Knowledge Graph has amazingly compiled quite a bit of data. Still, like many of the advanced alien civilizations visited by the Enterprise, it has a lot to learn about us humans.

Mobilegeddon came and went without much notice, other than to highlight Google’s preference of the use of responsive design. Whether this technology gets us closer to becoming Captain Kirk (or Picard, Sisko, Janeway or Archer if you prefer) remains debatable. We see elements of this scifi favorite integrated into everyday life at increasingly shorter intervals. Google Now, Apple’s Siri are a precursor of what’s to come.

My thinking is, “Nevermind the computer, Google. Where’s the transporter?”