Who Will Create the First Sentient Artificial Intelligence, Google or Apple? 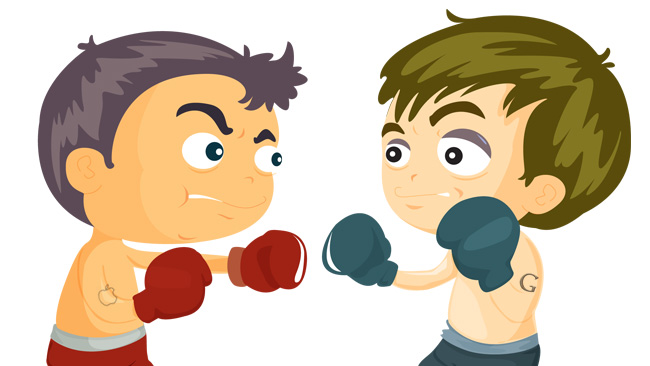 In the beginning, there was Apple and the iPhone. That didn't last long. Google was slow out of the gate, but made rapid progress to now own 51% of the market. It's Google Now or Apple Siri later. Which platform will talk the talk WITH THOUGHT behind the talk?

We've seen the examples. In the movie, Ironman, Tony Stark's armor came outfitted with J.A.R.V.I.S. In the television show, Knight Rider, David Hasselhoff's car offered up K.I.T.T. Lastly, 2001: A Space Odyssey, showcased HAL. Curiously, all three seemed to have possessed a sarcastic personality towards their masters; programming bug, or common trait among all A.I?

An Apple a Day...
Steve Jobs led the way. The combination of forward thinking, creative programming and the letter "i" gave birth to an innovative device for communication.

The iPhone 4S introduced Siri, which represents a bite out of Google's search dollars as it bypasses the search pioneer in favor of a smartphone's collection of apps.

Google Now Has a Say...
Not to be outdone, the search giant realized the future and quickly moved into action with Android. Though it suffered in comparison to the iPhone, Android provided a competitive alternative.

Arriving in the Fall, Google Now is supposedly the "smarter brother" of Siri, as it offers up information on a more automatic basis.

This All Seems Faraway...
Yet, for businesses online, an artificially intelligent device provides a number of advantageous opportunities for growth. It may not seem like it now, but the simple act of owning and promoting a website, app or other online presence has laid the foundation upon which these A.I constructs will eventually feed. Looking at some of the traits that experts would like an A.I. to display, we see :

As web platforms develop, and become interconnected through devices in addition to the computer, smartphone and tablet, traits like these will become a greater focus for web developers in the future.