Kids are Back in School, It's Time to Network! 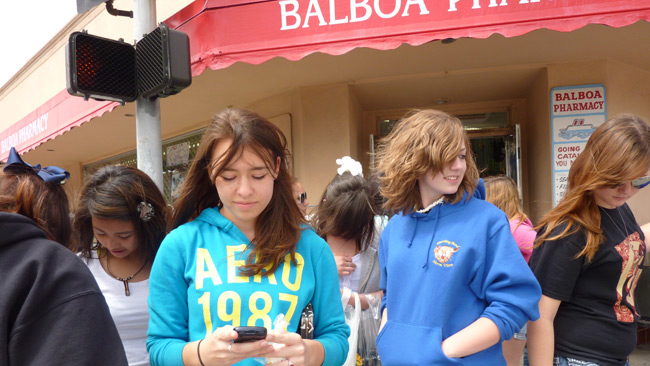 An interesting thing happens around this time every year.  Kids go back to school.  No, that's not very surprising, but what's interesting is that as soon as they do and we get past the Labor Day holiday, every organization known to man kicks their event season into high gear.  And while Social media may get a lot of the buzz, traditional networking is still a great way to meet people

If networking was a sport, September would be your season opener.  Wins in October and November would be key to positioning yourself well through the all-star break that happens in December.  January is when the second half of the season begins.  You need to keep strong in February and March if you want to make it to the playoffs.  In April, you'd better hustle because key victories will be needed to do well into the playoffs.

Finally, the networking championship culminates in May and it's your time to shine.  Strikeout in May and you'll have to wait until next season because June through August are the off season where not much is happening.

Just like professional sports athletes, those that practice the most, play the hardest, stay healthy and continually improve their talent go on to make the big bucks.  Networking is no different.  Therefore, if you're going to network, you should make the most of out of it.

1)  Preparation is key to establishing that you're playing in the right league.  The greatest athletes practice more and push themselves harder to succeed.  They don't show up only on game day unprepared and expect to win against an unknown component.  With networking, showing up unprepared will get you no where.  I don't know how many times I've gone to a networking event where people didn't know how to dress, didn't have business cards, or if they did, had no website listed.  If your in business, then you should at least own one dress suit (it's better to overdress than underdress) have professionally printed business cards and a professional website.  Without them, you'll quickly be perceived as a minor leaguer or worse yet, an amateur.  If you're a brand new business, make these things your top priorities BEFORE you go networking.

2)  Consistency is needed to build trust.  When you're the newest person to show up to an event others have attended several times, you're the stranger in the room.  People don't trust strangers.  People are trying to figure out who you are and you need time to figure out the key players at that particular event. In sports, it sometimes takes athletes several appearances against their competition in order to develop the right game plan on how they are going to approach the situation the next time.  Expecting to only show up to one event doesn't allow you the time to figure out who your competitors in the group might be, who your potential customers may be and what contacts are going to help you earn more business.  By the third time people see you at an event, they begin to recognize you as a regular and that's when trust starts to develop.  Consistently showing up to the same events over and over again will eventually make you one of the regulars -- not a stranger.

3)  Follow up is critical to building valuable connections.  Professional and even college athletes have the benefit of hindsight.  When a game is over, game film is studied, or in football, as soon as a drive has been completed, the quarterback is provided with photos of the plays.  This is so that they can study what happened, how to do it better next time, and what not to do.  Too many times, people go to a networking event and throw the cards into a pile, never reviewing who they met and how the are going to follow up with them.  During the networking event, you should make notes on the back of a person's business card if you need to follow up with them about a specific subject.  Even if you don't plan on doing business with the person immediately, you should add them as a contact into your contact management system for future marketing possibilities.  Reviewing all of the contacts you made and putting a plan in place for future followup opportunities is a great way to build a valuable contact database.  Email marketing is a great way to stay in touch, just don't let it suck.

So, you've planned to start the networking season off on the right foot.  Just remember that like any great athlete, you can't give up when you get injured, feel tired or haven't won (gained any new leads) after a few events.  If you're prepared, show up consistently and follow up with newly made contacts, your networking will be packed full of opportunities to help build your business on a budget.