Does Humor Help or Hinder a Marketing Campaign? 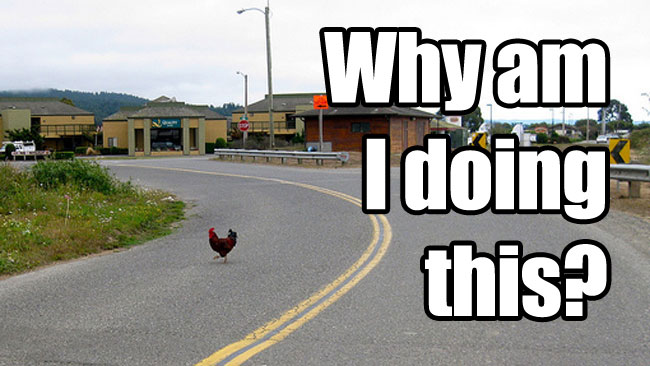 Think of the last thing that made you laugh. What was it that made you laugh? Now, think of a company or brand using laughs to promote themselves. Do you think that their humorous approach has translated into increased revenue? You might find the answer somewhat…funny.

“A friend once asked me what comedy was. That floored me. What is comedy? I don`t know. Does anybody? Can you define it? All I know is that I learned how to get laughs, and that`s all I know about it. You have to learn what people will laugh at, then proceed accordingly.”

What is funny? I can ask that question of 100 randomly selected people and I am positive that I’ll get back 100 different and unique answers. Humor is quite subjective. Each person has his or her own interpretation of what makes them laugh. If that is so, how can marketing even hope of appealing to a wide audience? Before we answer that, let’s first examine three factors most often found in humor.

A man walks into a bar…

We all have our favorite comedian. Jerry Seinfeld, Bill Cosby, Rodney Dangerfield; each has their own style of delivering jokes or humorous stories. Even though the styles may vary, each comedian’s approach usually follows a similar structure; setup followed by punchline.

This one-two punch type of approach was labeled the incongruity response by Willibald Ruch and colleagues in a study done in 1992. As defined, “The incongruity response theory of humor states that jokes are funny when they have a first part which sets up the expectation of how the joke will go [the setup] followed by an unexpected element that violated that expectation [the punchline].”

Many of us have probably seen evidence of this approach; most famously, the Get a Mac ads from Apple that ran from 2006 to 2009. In them, Mac, acting as the straight man provided the setup for PC, who would follow with the punchline. So effective was the campaign, that it went viral, producing a number of parodies ranging from other businesses to video savvy consumers.

The second factor in the study is labeled simply nonsense, or incongruity without resolution, which can trigger laughs simply because they are so bizarre. Internet memes fall into this category with social media the vehicle of choice for delivery. Whether images, animated gifs or even a seemingly innocent tweet, memes drive the bulk of shared media across the Internet.

Sexual content was also identified as the third factor in the study. While working blue often will generate a quick laugh for comedians, many business owners will probably not feel comfortable dropping F-bombs within a marketing campaign. That is not to say it can’t work. The perceived notion of sexual innuendo worked wonders in the Old Spice ads with Isaiah Mustafa. Even so, the approach still included humor that put a twist on the sex appeal.

Using humor in advertising is a mixed bag. Consumers consider funny ads more appealing and memorable, yet these same ads haven’t been found to increase desire or intent to purchase. Still, ad agencies regular employ humorous in their campaigns. Now that we’ve examined a few examples of humorous promotions, how can the average small business owner take advantage of this information?

Be clever and witty, not cheap and dirty. One thing to remember when applying humor; whatever the result gets associated with the brand. A cheap laugh will certainly cheapen the brand and leave the wrong impression on your customers. Forced humor creates a similar feeling as well. Again, because humor is subjective, one person’s cheap and dirty may be another’s clever and witty.

Let the humor evolve. Unless you’ve written for Carson, Letterman or Leno, most people won’t immediately be able to write comedy. As a process that includes observing, writing, rewriting, testing, tweaking, testing, etc., finding a comedic styling involves a lot of trial and error. The end result should not obscure the brand’s message.

Create a funny mascot. Ronald McDonald, Bartles & James, the Geico Gekko; all mascots associated with their respective companies. Some were more successful than others. Those that were managed to exist past their initial debut to create a lasting impression.

In creating some of the BannerView videos, I opted to do some simple animations. In doing so, I created the character of Banner Bob. His character represents the average business man looking to do business online. The use of animation allows me to apply humor to him, rather than the business. Yet, he still serves as a virtual representative of BannerView. He also helps in another area…

Relate humor from real life stories. By using Banner Bob, I’m able to relate situations we’ve encountered in the web design industry. The video below illustrates the frustration most business owners encounter with developing a website. Because the stories relate truthful encounters in a humorous way, a more powerful message gets delivered.

Every business has stories to tell. Customer interaction alone should provide a wealth of material. Comedians do much of the same. A show about nothing helped Seinfeld turn everyday observations into a hit series. Bill Cosby did it multiple times just by relating stories from his life experiences. From the executives at the top down to the staff employed, marketers can find stories just by doing a little research.

Research comedy from its inception. The Internet contains a vast reservoir of archived comedy. Find examples at archive.org, youtube.com and other streaming video sites.

Humor can help a marketing campaign, but it’s a complex approach to use when trying to consistently make a lasting impression. With so many variables that can affect your success, the time involved may not be worth the effort. Weigh your options carefully. Seek out opinions on your humorous campaign from multiple sources with varied backgrounds and influences. Whether your approach uses text, images, video or a combination of all three, the message must not be obscured by the humor.

Let us know. What makes you laugh?